Delta: a path from ‘teaching doings’ to ‘teaching beings’

‘It’s the hardest thing I’ve ever done in my life!’

Nine out of ten times, this is what I heard when people described their Delta experience. Undeterred, I remain skeptical but open to this ‘take’ of the ‘next big step’ in an EFL teacher’s life. 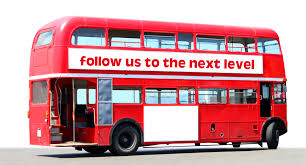 ‘How hard could it possibly be?’

As I negotiated my way through my Modules 1 and 3, I struggled to understand exactly why it is so challenging?

Could it be its backwash and impact on our own beliefs as a teacher? I wonder if the process of doing the Delta is like adding a catalyst to a teacher’s evolution – that our evolutionary wheel has suddenly been put into focus and shifted to an unfamiliar gear. 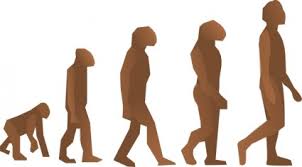 During my own ‘evolution’, I was bombarded by a constant stream of thoughts that emerged and challenged my role and actions in the classroom before, during and after each lesson. Perhaps too frequently, I would feel overwhelmed, crippled and paralyzed when imagining, thinking and reflecting what should (and perhaps shouldn’t) be happening in a class. It forced me to confront the question of what kind of teacher I am (not) and still to be.

So far, what the Delta process has taught me is how to articulate, question and reflect on my actions and beliefs as a teacher based on principles, having examined, assessed and evaluated my current stance. Before the Delta, I might have been doing an exercise because I have an inkling that it was the right thing to do but now it is there AND I can justify and articulate its purpose based on theories and principles. In other words, it has catalysed my transformation from a ‘teaching doing’ to a ‘teaching being’ as I became aware of being aware* – becoming ‘human’.

Is it a journey worth taking? If you believe its purpose to be Socratic, that is, with the intention ‘to encourage thinking, guide discovery, challenge assumptions or uncover new learning‘ (Scrivener 2012:142), then yes!

I might not be standing as straight as the modern man quite yet but my field of vision has certainly been elevated and broadened. My next evolutionary leap seems to be just around the corner:

* ‘Being aware of being aware – It’s what distinguishes us from other animals. We are, after all, human beings, not human doings‘ Jon Kabat-Zinn on mindfulness.

If I were a bird, I would be an albatross, a bird with stamina, persistence and the ability to go far and high. I value long-term relationships but am perfectly happy being independent and can endure solitude if necessary.
View all posts by Connieay →
This entry was posted in Uncategorized. Bookmark the permalink.